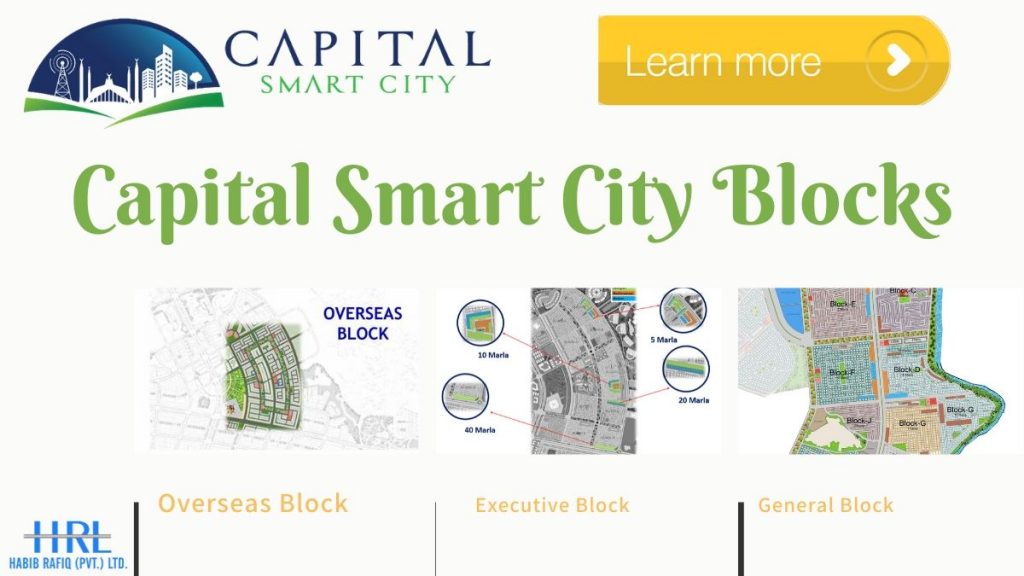 On 20th February 2018, the capital smart city revealed its overseas block in London Dorchester culture. It is the first business to launch, for the first time in Pakistan, a specially built overseas block in every housing society designated exclusively for overseas Pakistanis residing abroad. With this project, Capital Smart City aimed to provide the overseas Pakistanis with a stable and lucrative investment opportunity to invest in Pakistan.

Overseas Block has quickly become the nucleus of Capital Smart City, thanks to its supreme position & facilities.

This block would very quickly become the ideal potential destination for Pakistanis residing abroad. To book a residential or commercial plot in Capital Smart City’s Overseas Row, you will add a copy of your National Identification Card or Overseas Card along with all other related documents.

Online booking has been made open to citizens who choose to participate in this project from whatever country they already reside in to make the process as simple as possible.

At the company’s launch ceremony, Capital Smart City unveiled the “Executive Unit” in the society on 2 May 2019. The organization also provided a briefing on the key features of this latest block and offered an incentive for general block clients to move their plots for a limited period into the executive block.

The officials provided the transfer of these plots for just a limited period, 24 May 2019 was the last submission date of the application in which an extra 30 percent fee is to be charged to the business for transfer or reservation of a new plot in this bloc. The price of parcels in the Executive Block is 30% greater than the General Block so for those who choose to transfer their parcels after the deadline, they will now have to pay an additional price as well as a fixed fee.

Subsequently, the society began its booking with the general block of the society and further got extended into separate sections. The community sacrifices with various sizes with residential and commercial plots in the city varying from 5 Marla to 1 & 2 Kanal plots in separate buildings.

The location of the capital’s smart city’s general block lies after the society’s Overseas Block situated on the right hand side of Capital Smart City’s Key Boulevard. You should fill out the master map below and get a general picture of where the site is based.

Overseas Capital Network Smart City is situated in the upper field on the right side of the company’s key boulevard, adjacent to the M-2 Motorway. The overseas block would be directly accessible from the Motorway from the planned named Interchange.

The Overseas Block consists of 5 Marla, 7 Marla, 10 Marla, 12 Marla, 1 Kanal & 2 Kanal plots that will cater to the needs of Overseas Pakistanis.

How to book your plot in Capital Smart City?

In order to book your plot in Capital Smart City, you will be needing the following document

Copy of your CNIC

Copy of your Next to kin( father/mother/brother/wife/sister)